Cydia apps are great as they have the potential of brining a lot more functionality to any type of iDevice. Today, we’ll cover a Cydia app known by the name of Power Tap. While it doesn’t have a wide array of features, it is however a stable platform that has a single purpose which is to allow users to perform actions such as booting into safe mode, powering up or performing a respring by simply pressing the power button.

After it has been installed, Power Tap begins to work automatically, thus making it great and easy to use. It also features a settings menu where you can tweak which functions you’d like the app to have, but also customize the text that each function displays. For instance, instead of ‘Slide to Reboot’, your phone could say ‘Restart me, master’ or anything else you may like.

In order to use the Cydia tweak, you’ll have to hold down the device’s sleep/wake button in order to access the power down screen that is present in each portable iDevice. Once this has been done, simply press on the power button again in order to go through the options that are brought in with the use of the Cydia app. Once you’ve selected the one that you desire, simply slide it and the device will do as asked. 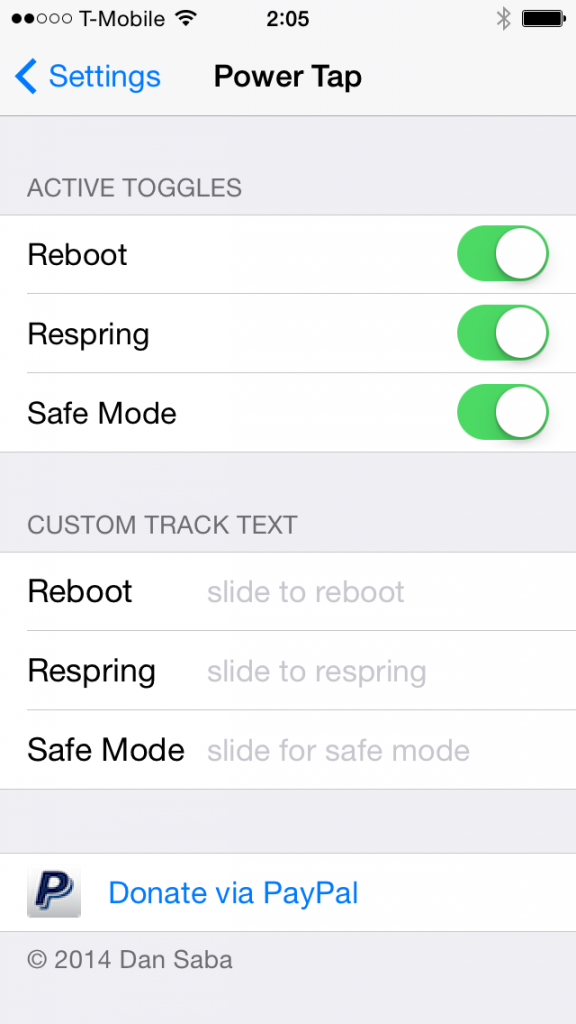 All in all, while it doesn’t have too much functionality,  is still great to use in order to save time, but also to make handling the aspects of shutting down, rebooting, booting in safe mode and respringing much easier.

Search your iPhone’s files from Spotlight with SpotFile