For a long time Installous was considered to be one of the best .ipa installers. It had a massive library and the fact that it was free made it very popular. In addition to the large number of files on Installous, it was well supported which meant users can easily get help if they got stuck. But when Installous went dark, users weren’t sure what to do next. One of the reasons for Installous to come to such an abrupt end was the number of iOS updates which meant their developers had to maintain a lot and a lot of competition began to arise at the same time which are today considered to be reliable .ipa installers. Let us look at the top 5 installous alternatives.

Zeusmos- bears some resemblance to the interface of Installous- http://zeusmos.com/

When installous had shut down in 2012 for the first time, Zeusmos became the most popular alternative for people who want a good .ipa installer. Zeusmos bears some resemblance to the original interface of Installous which may be one of the reasons why people take well to it. The learning curve wasn’t steep keeping in mind that it was similar to Installous and it was easy to transition to this .ipa installer.

While Zeusmos is a great alternative, the only thing is that it is a paid app. The good thing about paying for this app is that you will be able to assure yourself that it does not promote piracy in any manner. So you will be able to enjoy this app with fewer piracy related problems. 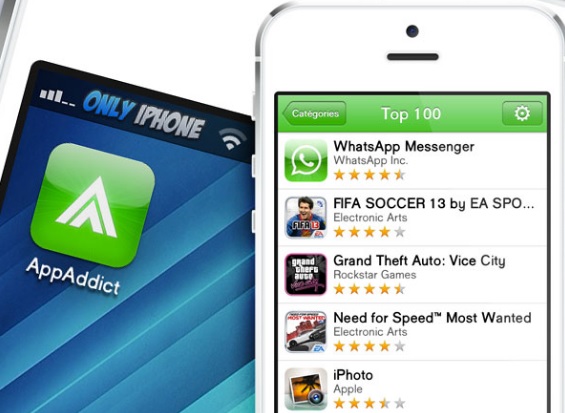 AppAddict is fairly new and it has already started garnering the attention of a lot of people. It has a pretty clean interface and is slightly similar to Installous. One of the reasons why people like AppAddict is because it is more user-friendly and it allows you to download third-party apps more easily than other apps. While all the apps that I am going to discuss allow you to install .ipa files, the good thing about AppAddict is that it does most of the job for you. So you do not have to worry too much when it comes to installation of the desired files. The developers seem to be active and keep the files updated but support is not as widely available as Installous and there does not seem to be a user community available for AppAddict.

iFunBox is not as much an app for your iOS device, as it needs to be downloaded to your computer and then you can use it along with the iOS device that you have. While this kind of set up does not make it as convenient, the reason why iFunBox is still a good alternative to Installous is that it provides a lot more than just an .ipa installer. It is great for the transfer of music from your desktop to your iOS device. For those using iFunBox, you simply need to look for the .ipa file that you want to install and then download it. Then you can use iFunBox to install it to your device.

READ  Browse the web from the Notification Centre with NCBrowser 8

vShare- one of the best alternative to Installous- http://www.vshare.com/

This is another awesome installer which does not even require a jailbreak for you to use it. vShare is extremely accessible and this is one of the reasons why it is loved by many users. You will find the user interface to be simple and easy. Even the developers on vShare do a great job keeping the apps updated. All latest releases are properly optimized so that you get a stable experience with the files you download. While there is room for improvement, so far it is one of the best alternative to Installous.

Appcake had emerged as an alternative in 2012 when Installous had shut down and since then, it has continued to develop into one of the best .ipa library available. The benefits of Appcake is not just limited to its massive library, it also has a lot of support through the forums which boasts a large user community. It also has forums where users can upload .ipa files so that they can be added to the app. You can request for a third party app through a request form and there is a possibility that one of the users may find it for you.

All these alternative for Installous are very popular among users and this is why they are considered to be the top alternative at this time.

IOS 9.2 Jailbreak: What to Expect

Get more information on your lock screen with TodayLock