The title of this article may be confusing, but bear with me; I had a difficult time coming to terms with this bit of news myself, but the whole thing is almost too good to miss. We all know who app pirates are. They are a group of people that let you download paid iOS apps for free.

Until very recently, installing pirated paid iOS apps is not an easy task to complete. You need to jailbreak your iOS device, find a good source of clean (not modified) pirated apps, download them before finally able to install them on your iPhone or iPad.

A lot of app pirates have tried to make the process much simpler, but it appears that vShare is the one that finally came up with a solution. The answer? Apple’s own Enterprise certificates. 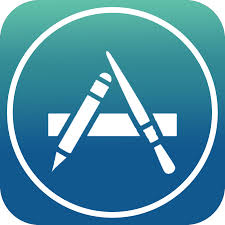 Apple Developer Enterprise program appears to be the cause of this success. Although Apple doesn’t allow Enterprise apps that don’t meet the App Store standards to be distributed through iTunes, it still produces certificates for those apps and allow enterprise users to install them on their iOS devices.

VShare looks very much like the iTunes App Store. Although the user interface is not as refined as the original App Store, users can still browse through thousands of iOS apps. Some of the most recent premium apps such as Minecraft: Pocket Edition are already available and ready for download.

Users can simply download any app they want to their iOS device, even non-jailbroken ones. Once the download is completed, the app can be installed just like any other official app from the original App Store.

It is unclear how many users have downloaded apps from vShare. It is also unclear whether Apple will improve its Enterprise program security. For now, at least, vShare is the easiest awy to get pirated apps to your iOS device. The unofficial app store also offers Android apps against Google’s consent.

What do you think of vShare? Have you tried the unofficial app store before? Tell us what you think in the Comments section below.