Once you jailbreak your device, you would want to try different Cydia repo or sources that can help you explore the possibilities of your iPhone through Cydia : xSellize is the best when it comes to games repo. While there are endless repos, we all know that all of them are not very reliable. You may end up with repos that are unreliable and ones that may not give you enough apps or tweaks. Looking for reputed repos when you are beginning to use your jailbroken device is a good thing to do.

xSellize : One of the most popular gaming repos that you may come across

With millions of Apple users and numerous apps, developers have a lot going on iOS devices, but for those who love to access more, the Cydia store opens a lot many opportunities for customizing your iOS device. Many repos offer cracked apps, themes and multimedia options that you could not have explored on your usual iOS device, but xSellize is considered to be a repository that gaming enthusiasts will love. It has been created with particularly games in mind.

I must say, that gaming is not the only thing it offers, but it is best known for the games. The games that it offers are more of the classic kind which people will like if they enjoy playing games that were popular in the 80s and 90s. Games of the most recent times may not be available on this repo so if you are looking for latest games then you may not like it.

xSellize is one of the very few repos that has never been shut down. Many game lovers have chosen to jailbreak their iOS device only to play a variety of games on it and many of them have chosen to use xsellize for their gaming needs. Numerous users enjoy this repo, and even though it has a large number of users, the servers manage pretty well. There are a lot of tweaks, apps as well as game emulators on xsellize for gaming enthusiasts. The official source for this repo’s download server is cydia.xsellize.com.

The fact that it offers a lot of games and tweaks makes it very famous among teenagers. The main requirement for using xSellize is a jailbroken device that has Cydia installed in it. xsellize does not work on devices running the proprietary iOS platform without being jailbroken. In addition to being jailbroken, it is important that you also have Cydia running on the device so that you can add this gaming repo to it. Without Cydia, you will not be able to access the repository.

For those who need help in adding xsellize repo to Cydia, follow these steps: 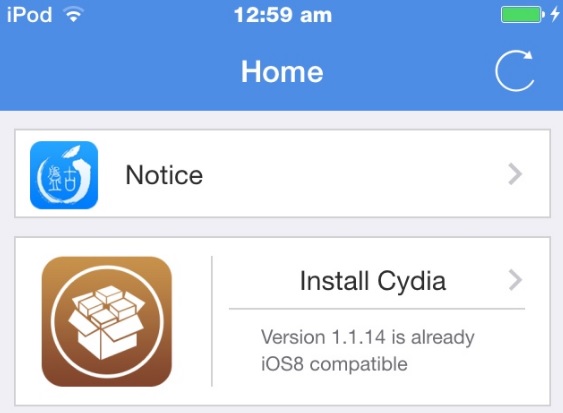 Now that xSellize has been updated to your sources, you are ready to explore the games and tweaks available on it. Since it is best known for the games, try exploring the games that you like and you will find that xSellize is popular because of its vast repository of tweaks and game emulators as well as the apps. xSellize is a great repository for jailbreak iOS devices, so if you have a jailbreak iOS device then go ahead and add xSellize to Cydia repo and enjoy games you like.

Get Siri Suggestions in Spotlight

Add shortcuts to your keyboard with SwipeExpander

Find out more about your apps with Flinfo