When Activator first appeared, it took the iOS world by storm. A backbone of many Cydia’s tweaks, this neat little jailbreak app allowed its users to use gesture-based controls on nearly anything. If you already have a jailbroken device, in all probability, it already has Activator silently running in the background without you realizing it. 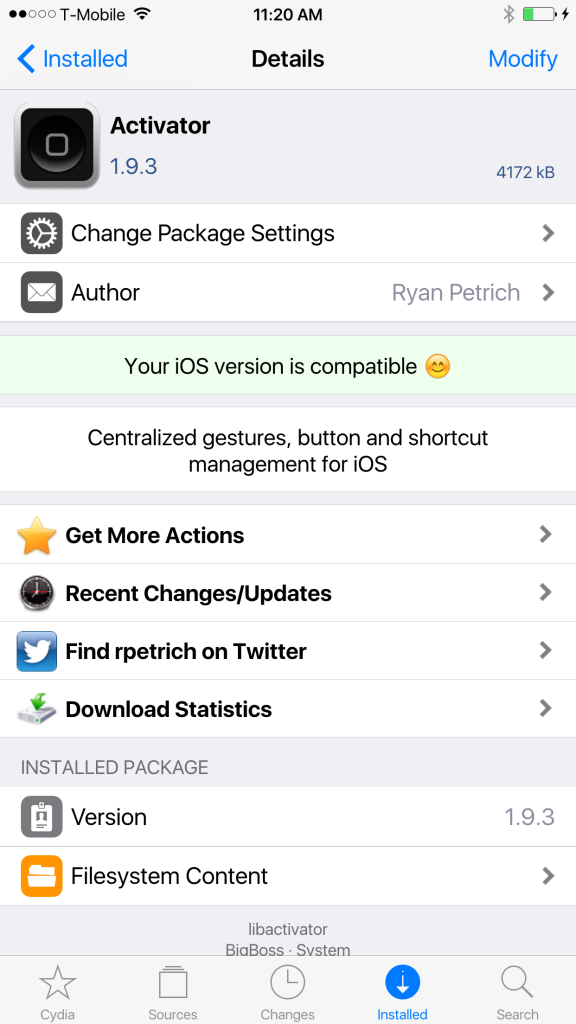 Now, Activator was used to make other apps run more smoothly, but also to make your life easier in a lot of different ways. And now, it is getting its much anticipated, much requested and much desired update.

Yes, folks, you’ve heard it right. The renowed Ryan Petrich’s Activator has finally left it’s beta kindergarten, and has went on to its more adult phase of life in default Cydia repos.

There have been numerous reports of bug on trying to use Activator on iOS 8.3 jailbreak. Sadly, the reason is that specific system version simply wasn’t optimized for that Activator version. Now, that we have the ultimate version of Activator, Ryan beta repo becomes obsolete, and now you don’t have to run it in order to obtain all the benefits of the full version.

So, how to get it, you may ask? Well, you need to go to Cydia, depo, refresh it (in order to ensure that you’ve got the latest version offered), and either download a new program or update the already existing one. Now, as we said before, Activator 1.9.3 is completely compatible with iOS 8.3, but that’s not the only update. In fact, there’s many of them – so let’s check them out.

READ  Speed up the volume control animation with HUDSpeed

The usefulness of this gigantic update to one of the most popular jailbreak tweaks on iOS ever cannot be underestimated. Make sure you get it, and make sure you use it to its full potential. Anything else would be a huge waste.

As before, be sure to let us know what you think of the new update, especially if you have any issues that haven’t been reported before. That will immensely improve other users’ experience.

Get rid of your dock with Abeo

Take and make calls while in an app with CallBar