We’ll start this day off with a warning for all current iOS users out there who have the possibility of running iOS 8 on their devices. After Apple has announced the first update to their newest piece of software, the iOS 8.0.1, users from all around the world have been reporting bugs, so before anything else, make sure to stay away from the update at least until clearance is given that all of the problems have been successfully fixed by Apple.

Together with this, if you’re thinking about jailbreaking your iPhone and getting access to Cydia apps and tweaks right now, then it may be best to stick to iOS 7 for the moment, at least until the team behind Pangu will globally release the jailbreak which they’re currently working on.

With this in mind, the Cupertino-based company has announced that there are certain bug fixes in the change log of iOS 8.0.1 some of which include the following:

After giving Apple props for fixing these issues, it seems like more bugs were actually brought in. Users have reported that their devices are unable to connect to the network service which is an issue that pretty much can make a phone obsolete. Leaving this one aside, other users have also reported that there are issues with Touch ID and that it can no longer recognize saved fingerprints which worked well before the update. Apart from these two bugs, some more minor bugs have been reported, but the first two can be considered extremely dangerous, which is why you should avoid updating to iOS 8 for the moment.

Apple is yet to comment on the issue, but if these bugs are actually legit, then we should all be expecting another update in a short period of time, so until then, try your best to avoid updating your device to the newest version of iOS 8. 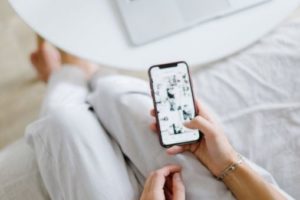