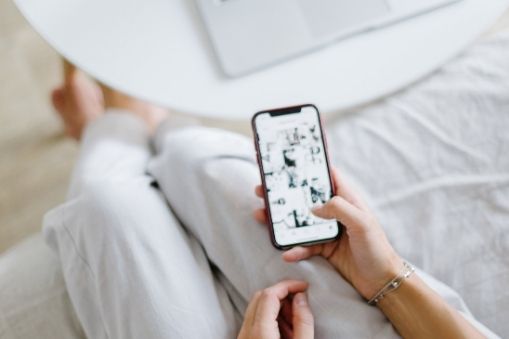 The 13.5 iOS update rolled out many useful features for iPhone users. In many ways, it allowed for better use of the iPhone in today’s pandemic-laden climate.

For one, it allowed for quick access to the passcode field if a person is using a face mask with the Face ID feature. It also introduced a new API that supports contact tracing apps for COVID-19.

Other fixes and adjustments were made for FaceTime, emergency services, and various fixes to certain bugs and general improvements.

Apart from these though, the roll out of 13.5 means that there are new Cydia tweaks available for iOS 13.5. Let’s check out the top iOS 13.5 Cydia Tweaks.

One default program in the iPhone that hasn’t been shown much love and customization is the calculator app. In today’s day and age, finances are tight all around. The pandemic has hit hard everywhere. That’s why you need to be able to calculate well.

With the MathTeacher tweak, you can greatly improve the native calculator app of the iPhone.

For starters, the MathTeacher Tweak allows for the calculator to show the current math calculation that you have inputted. With this improvement, you’ll be able to look at your equation and see if you’ve made mistakes or not.

It also gives you a function to copy the result of your calculation and store it in your clipboard for future reference and use.

In terms of appearance, you’ll be able to customize the theme of the app, animations, and the appearance of all other buttons such as the cancel, result, keypad, and scientific keypad buttons.

This free tweak is not only a great one for those calculating for their finances. With classes taken at home these days, students can benefit greatly from this improved calculator. They’ll be acing their math classes in no time.

Despite the title, this tweak is in fact not so evil. It is actually a tweak that customizes the default apps of the iPhone.

Whether it is for browsing, navigation, and even emails, the iPhone has pre-set default applications that it always prioritizes. Even if you want to use other apps for these functions, you’ll be hard pressed to try and make it happen on your iPhone.

Fortunately, certain developers out there have hatched a scheme… An “evil” scheme to help change out these default apps.

There have been many apps and tweaks that have allowed for this to happen. However, Evil Scheme differs from the others. It isn’t just in the fact that it allows to set other apps, but in the way that it does so.

There is a slight learning curve that needs to take place though. You see, the changing of default apps in Evil Scheme isn’t just a simple picking of an app. It utilizes a unique URL method that requires you to change the URLs of certain default actions.

Let’s take the browser as an example. The default browser of any iPhone is Safari. As such, the default URL is “com.apple.mobilesafari”. If you want to change your default browser to Chrome though, you’ll be changing the URL to “com.google.chrome.ios”.

Despite the learning curve, once you get the hang of it, the customization afforded you is worth it. It is a great tool to take control of the apps that you want to use.

People who have used both an iPad and an iPhone will know that there are certain features and capabilities that the former has and the latter wishes it has. With ipadify though, iPhone users can rejoice as certain iPad capabilities can finally be ported.

The features include the ability to use Photoshop as well as picture in picture capabilities.

Apart from these ported features, the beauty of ipadify is the simplicity of it all. All you really need to do is install this tweak, and you are good to go. Everything works immediately, as if your iPhone was an iPad in disguise.

Since the dawn of the smartphone, the notification bar at the top of the screen has been a default fixture in people’s lives. Many people see this bar each and every day. As such, they never questioned the need to enhance it.

From the Dayn menu, you’ll be able to customize the general appearance of the notification bar, the font used, the profile pictures displayed, how big the banner is, the radius and size of the icons, how long it stays on the screen, and so much more. You’ll also be able to control it on a per app basis to an extent.

Most, if not all, applications being developed are a continuous process. It is rare that an app is released in its perfect state. Developers are constantly rolling out updates, fixes, and new features to any and all apps.

However, there may come a time when you don’t actually like the new features of an app. It may also be that the new updates do away or change certain functions that you like.

With the AppStore++ tweak, you’ll be able to easily bypass this problem. With AppStore++, you can select a version of an app that you’d like to download. Thus, you can conveniently downgrade your app’s version to one that you prefer. Consequently, you can also upgrade to a select version.

Apart from this, you can use AppStore++ to block automatic updates, do away with the download limit, block ads, and much more.

With this tweak, you can easily share images and tweets from Twitter. All you need to do is do a long press on it, and it will allow you to share it. You can also share certain tweets to other apps this way. This ease of share really saves some steps and times for people.

You’ll also be able to conveniently save any videos and photos that you find on Twitter. Again, the long press function will allow you to do so.

Other functions include the setting of a default browser for when links are opened on Twitter, utilizing the keyboard instead of media screen when composing, creating and posting an image for posts longer than 140 characters, and even a full screen mode.

As new operating systems roll out, the iPhone continuously improves its performances and functions. At the same time, the Cydia community is never a step behind in bringing you more value, workarounds, and functions that help to bring your iPhone experience to the next level.

There are all sorts of tweaks out there right now, especially for iOS 13.5. Check out the Cydia store and find the top iOS 13.5 tweaks to further improve your iPhone usage today.