Earlier this morning, a new beta version of the iOS 8.4 was made available to developers. The iOS 8.4 Beta 3 can now be downloaded over the air by those of you who are running the Beta 2 version of this iteration. Using an official build number of 12H4098c, the new Beta 3 version of iOS 8.4 is also available through Apple’s Developers Portal.

With the new Beta 3 version in the hands of developers, Apple is also making the Beta 2 version of iOS 8.4 available through its public beta program. Beta testers can now use the latest version of iOS and begin reporting on bugs and problems they come across. 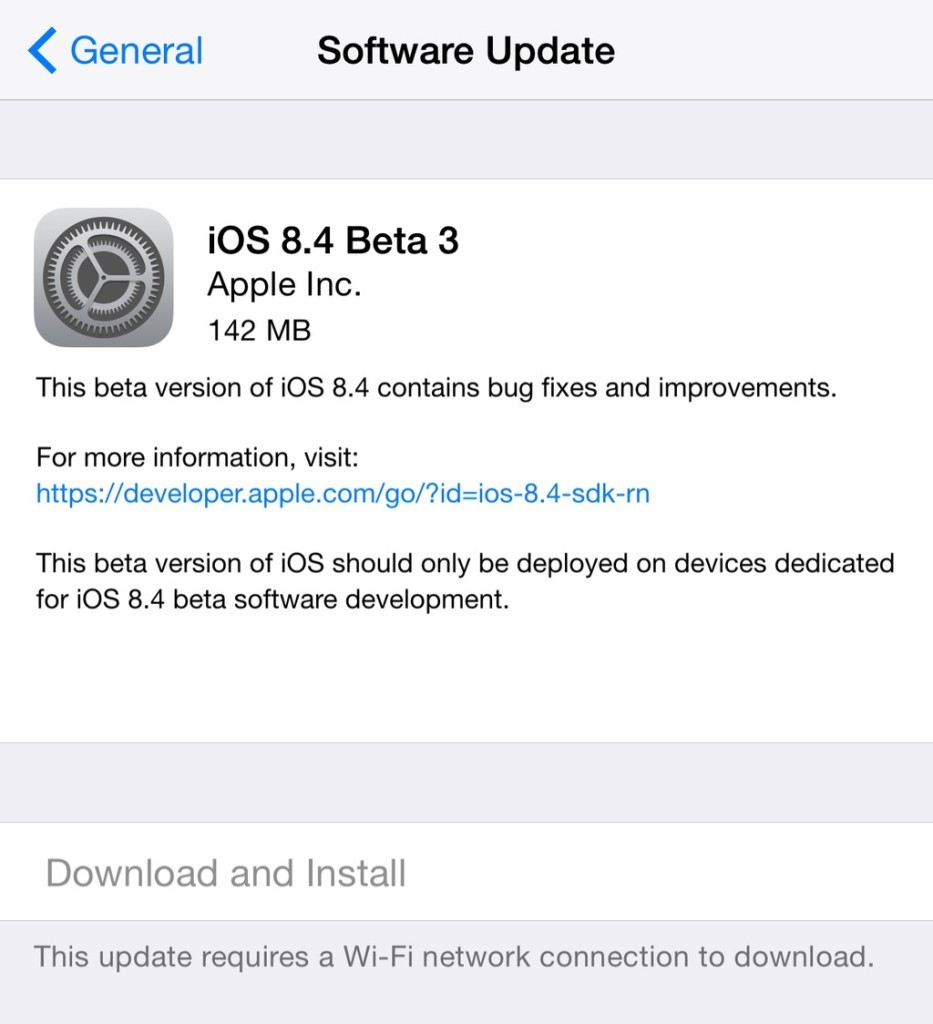 The release of iOS 8.4 Beta 3 is rather interesting, because Apple is scheduled to introduce the new iOS 9 in just a few weeks. This year’s World Wide Developer Conference is scheduled to be held in 3 weeks time. It would be interesting to see new features introduced in iOS 9, especially with so many already added to iOS 8.4.

Apple is introducing a more streamlined UI and an improved Music app in the latest version of iOS. Some fixes and upgrades are also added to this new iOS. It will take some time to fully explore the changes integrated into this latest Beta version, but everything looks great at first glance.

The official Beta release notes that come with this version is as follow:

Are you giving this Beta 3 version a try? Let us know what you think or if you have come across bugs and problems that are not mentioned in the official release notes by leaving a comment below.

Together with this, chances are that the jailbreak for the new version will be released in a couple of weeks, so hang on tight and we’ll update you as soon as we can.

TextSearchPro: Search the Web from Anywhere

Consider not updating to the newest version of iOS 8